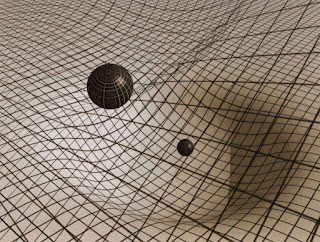 I was thinking about the time and space between it all. Life, in its existence, or should I say, what we know of it, is all about CHOICE. CHOOSE, CHOSING, CHOICES,  which result in DECISIONS ON TOP OF DECISIONS that alter every moment and thng that we say or do. It made me wonder and I do often think about other dimensions. I believe that it is highly possible and I wouldn't doubt that this were true, that from the time you were born and COULD make decisions, that is when the sub dimensions of our life begin.

It is like those "Choose Your Own Adventure" books, which btw looking back lately, I realized how much I really adored those books and devoured their content, as if I couldn't read them fast enough and then when I DID read them so fast that there was nothing to read until the next book came out!! I think "How interesting that I loved those books so much and yet here I have adopted this belief about the choices and decisions and how the sub dimensions are made.

The belief is this:

When we make our first choice, because we were faced with our first test of "which way is the right way or which answer is the right answer or which thing I am supposed to do,  the decision we choose cuts apart in two. One of us goes into the Decision A and the other one goes to Decision B. From then as we grow and age in life those sub dimensions continue to grow and branch off into two more branches each time like a genealogy tree! (i.e. Pedigree, Family Tree, Family Generation Chart, etc)

There is a movie I really like that displays this called "Sliding Doors". They show the crooks of how each decision made by that choice branches off and the dimension shifts or changes, per say and so on and so on, etc, etc.

Each of those choices is intertwine with others choices and then it is like a massive web, all interconnected and dimensions after dimensions being made like clockwork, constantly, never ending even.

Based on each of THOSE decisions other choices are then put in front of us. I wonder sometimes if we end up crossing our paths and that is when we feel that "Dejavu" because one of us was there before and we are running into that person , like and older decision and a d a younger decisions that affects the other one, crosses paths, how that will affect the outcomes and perhaps if the choice is incorrect in the universal eyes, then we have to replay it so our higher power moves a few pieces around to make that happen.

I envision this like the movie Monsters Inc. In stead of the characters being Monsters they are decisions instead (god, this would be a great way to teach kids  or preteens about this kind of theoretical stuff  and I could see this animated or CGI even, wouldnt that be kewl if that came true!! Whoa, I just put that out there in the universe!! #SURREAL EEEEEEK!

The story would setup and explain how they intertwine in a brief beforehand descriptive and the first moment where a choice has to be made and a decision is chosen, then you see the one turn into two half's and they each go their own way. They each have a name that relates to the order of which they happened like Decision A would be the first one and we could call him Decision Adam, thus being we will have Decisions characters go up to Z and maybe as a funny could have a decisions qqqqmmmmekdkkdkfk or something like that go by, maybe it would get a rise out of the audience. They will pass each other in the halls of our brains some skateboarding through and some taking their time like a snail and we could even draw that character in that way kind of, and the would be like "Hi Betty and then she would say Hi Wally. We could follow it along and the Decisions would be like sitting on an assembly line almost or like a circuit board and moving very fast like criss crossing elevators at a department store.

There could be this whole story line to it and we cold follow certain lines to play them out and then show how the other decisions life is going?


We could also show them living on a tree and they are more like monkeys swaying from one branch to the other and one taking its time and then other at flying speed. then there is someone telling them to slow down and to let the thoughts marinate more and process more before jumping too fast into those decisions because those are the choices you are going to have to live with for the rest of your life. 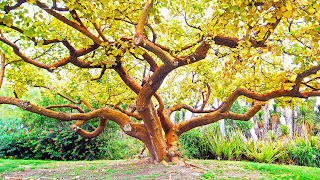 Then it would be teaching them , MINDFULNESS, in a subtle, and gentle way to nourish their minds and their souls by helping them see how CRITICAL each decision REALLY is.

We could show this to teens and  show them one girl who decides to have sex and one doesn't and how each girls life is because of her decision. These could be a series of stories on like Drunk Driving, Sex, Where you fit in school, Loser, Jock, Geek and how decision prior to High School shaped what decisions you were faced with now.

Then adulthood doing the same thing.

This is life people. This is real, this IS how it works! I know this ways of thinking is called something even but I don't know what, like maybe it is called theoretical psychology or theoretical "something" and THIS is what I want to go to school for and study and learn about. Like to learn how to be more enlightened and to be able to have a platform to be able to share those theories and to learn what to do with them, goodness, that would be fabulous.

Maybe #SpaceTime , however I think it is something more, at present, I just can't put my finger on it.

Regardless, these are my beliefs.

Everyone one of us is weaving our tapestries for the life we are currently living. In THIS dimension we stay linear, though the other decisions, are affected and they morph, like this picture. The top is like the life we are living now, carefully weaved and every choice and decisions made interweaves something else into it. Then we choose, and that dimension happens. 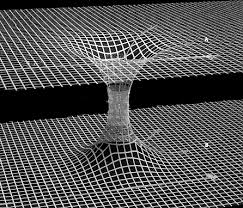 I do believe that we also could meet that dimension again, that there are others who might be in the same dimension, like the show "Sliders"  and that there are the other parts of us in those dimensions. In this dimension, I can't eat Mushrooms and Coconuts, but somewhere in another dimension is perhaps a me who eats them all, who eats them all but only that, who eat only mushrooms, who eats only coconuts, and the list goes on.

I know as a model and someone as in the light as others, often posting Inspirational Messages with taglines and such, that many would not think that there is a #Philosophical #Theoretical person inside me, though whats funny is that THIS is who I am probably even MORE so, however, being the brain in high school was not the one getting invited to things so I think I put that person away and until this year, until faced with the life experiences that I have had and the way things happened, in addition to finding out this year that I have #Aspergers , that now I don't care and I Am truly putting myself out there and going to share more than just those inspirational messages, I am going to fully share and leave a legacy of who I am for my posterity.

What are YOUR thoughts on the matter? do you beleive as I do? Do you have other thoughts or beliefs on the topic? I really want to know and would lvoe to speak with you.

Until next time,
XoXo~Trisha Trixie 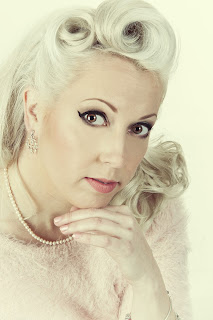