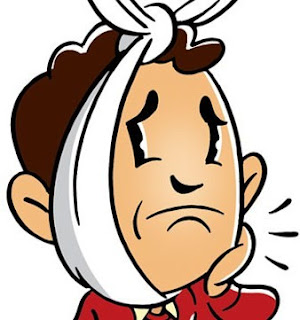 My mouth hurts like no tomorrow. Partially my face feels bruised from them grabbing at me I think to pull the teeth. I had 18 and 31 removed because they had a bad infection in the back teeth and we considered a root canal but because of my past history with illness and infection, we opted to just have them pulled. My teeth were all mashed in my head anyway and this allows my teeth to move a bit and maybe rid me of some of my headaches too! The two teeth were both in the back on both sides. I am wearing a wrap just like the guy in the pic because both sides of my mouth hurt.

I am only on soft foods so HunePants went to the store and bought, cooked and mashed with a blender, mashed potatoes with milk and cheese. He also bought jello, pudding, and a twice baked potato in case I run out. He has checked on me every day in addition to taking a half day on Monday so I could get my teeth pulled.

He told me today "Honey, I am so proud of you for all the hard things you do. You are so brave and so strong and so willing to go through things that no one would ever want to, but you do them anyway and I know you are better for them." 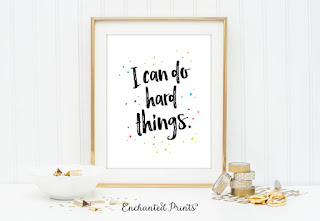 We only have three weeks left before we got to France. I really wanted to enjoy my food and drink and goodies while in France. I did not want to miss out on yumminess because of a tooth infection. while I hate having to go through this pain and suffering, I knew, in the long run, this would be better for me. I mean, I have heard my teeth were pretty bad and the infection could have been there for some time affecting my body in other ways as well. Now, there is no more infection or issues with my teeth to get in the way.

You see chemo deteriorates the calcium, enamel and made those teeth worse. What I am learning, however, is that there was most likely an infection already there, but the chemo made it worse. This has been my year of this knowledge.

I am still waiting on biopsy tests but since I have heard, I feel no news must be good news. they already tested my kidneys, found I had a UTI, tested my cervix and did a biopsy there, nothing happened, now the endometrial biopsy. The first year of Cancer remission has been a lot of tests but a lot of ruling things out as well and so far everything is coming up roses, minus this tooth thing.

As far as the teeth, they are concerned about the two teeth near these two and think there could be cause for other issues, but I, like always, look to the positive.

We will deal with all that other crap when we get to it.

for now, heal the teeth and gums and mouth.

Get ready for France.

Momma is gonna be here soon to watch my furbabies.

Life is what it is.

Sometimes, we just need to to do hard things.

I love to color and thought maybe you do too.

Since I can't do much else today, maybe we'll all color.

And remember....you can do hard things too!