Video Games or Me 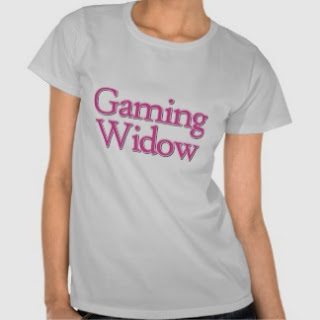 My man and I dated off and on. Each time I would get back to gether with him I would find out a little bit more about him that he hadn't told me before. Most of it was not a big deal and helped me to get to know him better. But the last time he informed me that we loved Video Games and had not spent enough time doing them as he liked. He would not let this last time take that away from him and I reluctantly conceded.

I actually felt betrayed not knowing this. My past relationships have had had something that go taken from me. My exhusband worked all the time and put work and his career before me. My Ex Boyfriend put work and art before me and I came second. Now here was another situation where something else came first.

I was already invested in this relationship so I just let it slide.

Now I have to deal with two things:


Neither of which he gets paid anything extra for. He is salary so it actually diminishes his per hour rate the more he works. He wants to do more with Video Games, but playing them to me is not the same as writing them and going after a dream of working for a video game company.

He is younger than me so he is working on his career. This is something I was afraid of, but adding video games as a way of release irks me. Why not spend time with me like we used to? Why not go for walks with me like we used to? I don't know if what bothers me more is that he chooses video games over me, or that he would have chosen that before? Or that the image of a person I had that was my boyfriend isn't really him.

then this blog 5 Confessions of a Video Game Widow

What worries me is not just the addiction but when people get addicted into delving themselves in one area, then I feel like, what are they hiding from? What is my man NOT discussing with me, or dealing with?

The other thing is him constantly asking me when I want him home or if he can work late and things like that. to me that is bunk. Don't ask me how you should act. Act yourself. If work is more important, then I know where your level of priorities are. If you are gone nearly all week and your first night back is layered with work on the weekend, well, I guess you didn't miss me very much.

Perhaps I am seeing it already in the asking.