Some E Cards for Healing

I receive many emails from various places. Some blogs of other Grokkers (like minded people), some of my bank balanace, and some that are nice to get to put a smile on your face (or at least try). Some just speak the truth so well of how I feel. 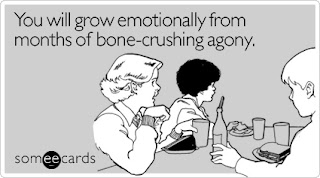 In Dexter he said one of the reason why he felt so connected to Rita was because she was the only one who he felt was emotionally damaged as much as him and they bonded. I was once this person for him. Now I am nothing. 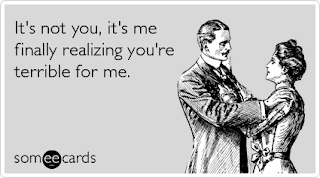 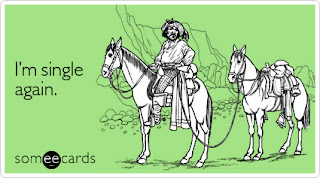 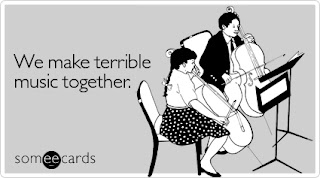 The irony of this card to me is recently I was crying to a friend who said. "You play or sing right?" and I said "yes" she said "Have you ever been practicing piano or something and there are two notes and desperately they sound great, but then when you out them together and go to play them they sound horrible. You though, hmm I thought those two notes would have been perfect for each other. You wrote them in your music sheet, you played all the parts before it gearing up for it and then, it went from beautiful music the horrible sound where others around you say "STOP STOP STOP!!! stop playing those two notes together. Can't you hear that? Those two notes sound horrible together. But you don't hear it. To hear they sound like a concerto. Yeah that is what love and relationships are like. Maybe you an he don't play music well together."
Then I see this card. Hmm maybe there is something to that analogy after all.

This is how I feel now.

MY ex broke my heart and chose someone else immediately. He didn't wait. He didn't keep his ground with HER. He is holding his ground with me, but he didn't keep it with HER. HE said he tried, but well, he didn't try hard enough. IF he wanted to get his life together and not date and be single for awhile so as not to jump into another relationship...well he failed. HE has the ability to dig his feet in and has the ability to be strong and say "I like you but if you really care about me, now is not the right time." But he didn't. Why. Because he didn't want to. He wanted her as much as she wanted him.

And I think if truth be known and he asked her, she would confess that YES, she did avoid me. Yes she purposely did not go to parties where I was at and yes she was excited when I left because she thought she FINALLY could have a chance with him. HE would see she is not as innocent as he thinks her to be.

I do not mean to say anything negative here. I am sure she is a nice girl. HE wouldn't be with her if she was not. But women's motives where men are concerned are quite devious and well lady, you didn't fool me. Now, granted I understand that perhaps there was a part of that in both of their subconscious. I mean when he first talked about her to me I thought "OH shit I hope SHE never comes back into his life." Then she did and I thought "OH shit Im in trouble."

I kept asking him questions about if there was anyone at work he liked. Or if he saw anything from the girls there. He either was oblivious or didn't want to say.There were times they all worked late and I am sure she relished in it. I was even going to come a few times and he told me no. Hmm. I believe he was faithful with his body parts, but I don't think he or she were faithful emotionally. 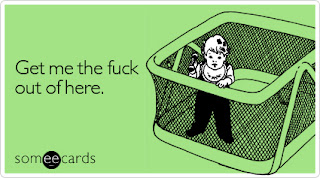